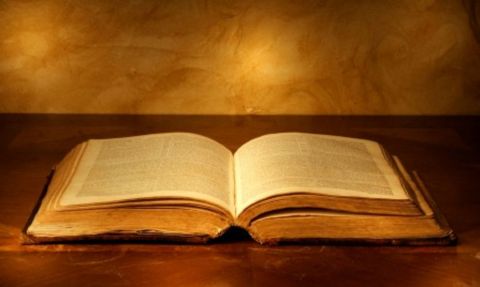 Getting Ahead Of God

“The king said to Nathan the prophet, “See now, I dwell in a house of cedar, but the ark of God dwells within tent curtains.” Nathan said to the king, “Go, do all that is in your mind, for the LORD is with you.” But in the same night the word of the LORD came to Nathan, saying, “Go and say to My servant David, ‘Thus says the LORD, “Are you the one who should build Me a house to dwell in?” – 2 Samuel 7:2-5

I do not know about you, but sometimes I find myself trying to get ahead of God.  Now don’t misunderstand me; when that happens, it has normally been an unintentional action on my part, as it has probably been the case with you.  In those moments, my plans were made without consulting God, which is always a dangerous thing to do.  But it ought to serve as a comfort to us all to know that God has designed the Christian life in such a way that we do not have to carry the burden of making the plans for our lives.   Instead, all we have to do is follow His lead.  Remember, when Jesus told the disciples to take up their cross, He did not follow up by saying that He would follow behind them.  Rather, they were to follow Him. And just like the disciples, God has a plan for your life.  His plans involve you following Him.  You can be rest assured to know that nowhere in God’s day planner are there exceptions and allowances for you to get ahead of Him.

One of the best examples within the Bible where we find someone getting ahead of God was King David.  One day, King David was looking around the beautiful home that he lived in, and noticed that God simply dwelled in a tent.  What do I mean when I say that God dwelled in a tent?  In the Old Testament, the people of God saw the presence of God represented by the mobile tabernacle, or tent of meeting.  And as David surveyed his house, he felt it to be far better than the transportable tabernacle that represented the very presence of God.  So he quickly came to the conclusion that it was God’s will for him to build a new house for the Lord.  Constructing a house for the Lord sounded like a good idea, but the problem was that it was not the right time.  In fact, David became so zealous with his plans to build a temple for the Lord, that God sent the prophet Nathan to clarify God’s will on the issue.  David was certainly caught up in the moment, and was no doubt getting ahead of God.  Even though he had good intentions, David’s building plans were not God’s plans.   Yes, God did have eventual plans for a temple to be constructed that would serve as a central location of worship for God’s people, but it would not be built under David’s reign; it was to be built under King Solomon’s reign. But at this particular time in Israel’s history, the people of God needed a leader more than a temple.

It’s easy to get tunnel vision like King David.  We can even have the purest of motives.  But without the blessing of the Lord, any plans that we conjure up on our own are simply plans that are not part of God’s plans.   That is why it is of utmost importance within our Christian pilgrimage that we prayerfully seek God’s will pertaining to every area of life.  Consult the Lord in every move you make, because He is the one that carries the blueprints for your life.

A lot of people these days seem confused about determining God’s will for their life.  But oh how we have a tendency to complicate the simple!  You see, all we have to do to determine God’s will is keep our nose in the book and our knees on the ground!  And don’t tell God your plans; instead ask God His plans.  Evaluate your life today and determine whether or not you have truly handed over your day planner to the Lord.