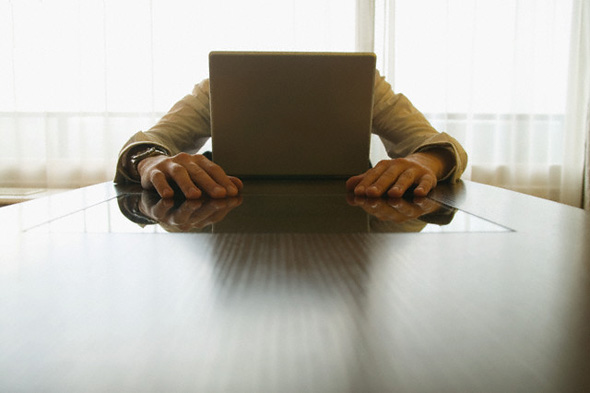 A few years ago I stopped by a local convenience store to pick up a bag of ice (a task on my honey-do list given to me by Sarah). It was a multi-purpose gas station that also housed a fast food restaurant. As I walked towards the front door I noticed what appeared to be a precious family of four, seated together at a table in the dining area with their heads bowed together in unison. At first glance, I found it quite refreshing to see a family pray together before enjoying a meal.  But my feelings of joy were stifled when I realized they were not bowing their heads together in prayer. Instead, they were bowing their heads in unison while entranced by the soft electronic glow of their smart phones. They were not communicating with the Lord! They were not even communicating with each other!  The scene was very telling of our society today. What I initially thought was a family glued together in prayer was a family glued to their phones.  Admittedly, I might be overanalyzing the moment and reading a bit into an otherwise innocent family meal, but for me it was a reminder of the negative impact technology can have on one’s family life and spiritual life. Two thoughts came to mind from the family mealtime gathering I witnessed.

To begin with, Internet and social media can hinder family time. Admittedly, the opposite can be argued. Many families have been reconnected because of technology. Military soldiers can immediately skype their loved ones back home at the push of a button. Genealogy websites have brought relatives together who otherwise would have been disconnected. Social media has shortened the miles that separate family members. But when it comes to daily interaction with our immediate family, we have developed into a society where family members hang out in separate rooms on separate devices.  Because of this, the quality time between husbands and wives, parents and children, and siblings has suffered greatly. Even thanksgiving meals are less conversational as family members eat away at their data while simultaneously eating away at quality family time. Family communication has drastically changed in recent years, and electronic devices have played a major part in this culture shift.

Secondly, Internet and social media can hinder time with God. Recently I asked a group of high-school students to take a sheet of paper and write down two numbers. The first number was to represent the estimated number of hours per week they spent on social media. The second number was to represent the estimated number of hours per week they spent in quiet time with the Lord. The difference was staggering. The exercise was concerning to say the least and, in my opinion, was an indictment on our social media crazed culture. In recent years many believers have expressed an increased awareness that their time on social media sites has increased while their devotional time with the Lord has decreased. The truth is we need less time on Facebook and more time in God’s book. We need less time on snapchat and more time chatting with God. The lust over smartphones is at war with the ability to simply be still and know that He is God (Psalm 46:10). To be sure, technology can be used for good. The gospel can be shared, churches can provide information about their ministries, Christian resources can be purchased, bloggers can post devotionals, and sermon podcasts can be downloaded. But it is possible to have social media overload. When this happens, the best thing to do is an overhaul on quality time with the Lord.

Undoubtedly, there is a balancing act for every twenty-first century believer when it comes to living out the Christian life and the use of technology. We must guard against allowing technology hinder our ability to cultivate deeper relationships with family and (more importantly) with the Lord.  Ask God to help you with this balancing act, and to give you the proper discernment in knowing how and when to use technology for His glory.