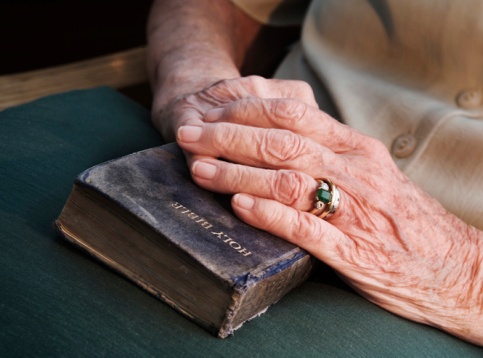 “I know your deeds and your toil and perseverance, and that you cannot tolerate evil men, and you put to the test those who call themselves apostles, and they are not, and you found them to be false and you have perseverance and have endured for My name’s sake, and have not grown weary” – Revelation 2:2-3

The first three chapters of the book of Revelation contain the letters Jesus wrote to the seven churches of Asia Minor through the pen of the Apostle John.  And as you unpack the letters, you will find that for the most part there is a common repetitive pattern within the structure of the majority of the letters. First, there is an introduction, a word of commendation, a word of correction, and a closing word of promise.

The first church written to is the church at Ephesus. We know much about this church because of the Apostle Paul’s letter to the Ephesian Christians. Early on, they held on to Paul’s teachings, but through the years, they had gradually lost some of their fervor. They were in need an old fashioned wake-up call. That is why Jesus wrote to them in Revelation 2:4 and confronted the congregation about having “left their first love.” These same piercing words have convicted many Christians throughout the centuries, leading many believers to reflect upon the sincerity of their own loyalty, dedication, and allegiance to the Lord.

But unfortunately, these famous words of correction, “you have left your first love” have overshadowed Jesus’ words of commendation to the church. Our Lord had a lot of good things to say about the congregation; for they worked for the Lord, they endured for His name’s sake, and they persevered in that work. But that is not all; they would not tolerate false teachers in the church. They desired to be theologically accurate and sound in doctrine. If anyone came in and attempted to distort God’s Word through heinous teachings, it was quickly stifled.

The church at Ephesus did three things in relation to those who desired to teach; three things that every church ought to do. First they subjected each teacher and his teaching to a test. What was the test? It was the test of the Scriptures.  If what they were teaching did not pass the litmus test of the Word of God, then they were considered to be a false prophet, and the church openly rejected his teaching. But the church did not stop there; for they ejected any false teachers from their midst. How do we know this? Because the scripture says that they “would not tolerate evil men.”

What a valuable lesson for today’s church. Protecting the flock must be a practice woven into the tapestry of every local congregation. But sadly, many of our twenty-first century churches do not emulate this first century church practice adopted by the church at Ephesus. And when this practice is not incorporated into the life of a church, that particular congregation will slowly travel down a road known as theological liberalism.

So many churches are struggling today because they do not guard against false doctrine. More often than not, the problem is lack of Scripture knowledge; they simply accept anything taught as God’s Word simply because they do not know the Scriptures themselves. But the Bible says that we ought to search the scriptures and study them (2 Timothy 2:15). Our Lord Jesus in Matthew 7:15 warned against false teachers.  He said, “Beware of the false prophets, who come to you in sheep’s clothing, but inwardly are ravenous wolves.” The Apostle Peter spoke words of protection in 2 Peter 2:1 when he said that “false prophets also arose among the people, just as there will also be false teachers among you, who will secretly introduce destructive heresies, even denying the Master who bought them, bringing swift destruction upon themselves.” Needless to say, the Word of God makes it clear that Christians must guard themselves and the church from false teachers.

Subjected, rejected, ejected; may this be our practice and pattern to protect the timeless doctrines of the Word of God and His Church. And may we as believers learn much from the disciplines of the Church at Ephesus!