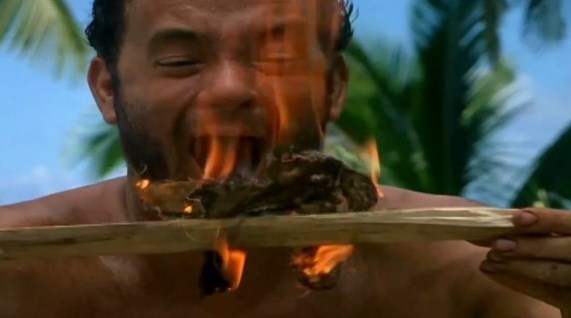 Isolation Is Not The Answer

“So that you will prove yourselves to be blameless and innocent, children of God above reproach in the midst of a crooked and perverse generation, among whom you appear as lights in the world.” – Philippians 2:15

I once heard a comical story about a shipwrecked sailor who had spent roughly three years trapped on a deserted island.  He was elated and overjoyed one day when he saw a ship drop anchor in the bay. As a small boat came ashore, an officer stepped off and handed the sailor a bunch of newspapers.  “The captain suggests,” he told the sailor, “that you read what is going on in the world and then let us know if you really want to be rescued!”

The apostle Paul reminds the early church at Philippi that they are called to light up the world, and are to do so even while living within the confines of a crooked and perverted society. Certainly these words of instruction apply to us as well.  I believe we would all admit that this world we live in is a very vile and vicious place.  Around every corner there is an underlying stream of sin flowing freely within the cisterns of society.  Sin has permeated our culture in such a way that values are no longer considered valuable.  The temptations of this world entice us like billboards on the highway of life.  Our world has become so sin sick that for many Christians, the suggestion of getting away from everything and living on a deserted island actually seems somewhat attractive. At least by living in such a remote environment, sin could be avoided with greater ease, and one could be shielded a little bit more from the ills of society.

But as inviting as such an arrangement might be, it is undoubtedly contrary to what the Lord would have us do. Instead, we are to be messengers of the gospel, illuminating the message of Christ as an active resident of this dark world. Just like a salt solution penetrates the ice on a road, we too are called to penetrate this cold hard world.  We are to be in the world, but not of the world. And God has strategically positioned every believer for the sole purpose of giving off His light. Admittedly, living out the Christian life would be easier if we were not faced with the temptations of this world.  It would be less difficult for Christian families to protect their homes from the wiles of the devil if they lived in isolation on a deserted island removed from the rest of society.  Even the church would be somewhat free from the constant pressure to emulate the world, a temptation that seems to be persistently pressing upon the doors of the church. But again, this is not how God has designed His children.  We are not called to be lights under bushels (Matthew 5:15). The truth is we have been intentionally positioned in the midst of a crooked and perverse generation for a specific purpose, and have been meticulously placed here by the good hand of God.

So the question that I pose to you today is simply this; what are you personally doing to publically illuminate the gospel message of Jesus Christ? You see, lighting up the world requires active participation in this world, for neither the disciples nor the early church lived the life of a hermit or a recluse. To the contrary; they scattered abroad to share the light of Christ, dispelling darkness as they did so.  Paul reminds all of us that being an effective light for Christ will call for us to work out our faith daily (vs. 12) by displaying the right attitude (vs.13) and will require upright living (vs. 15).  But, we must remember that attempting to remove ourselves from this crooked and perverse society that we live in will only diminish our wattage for God.